Personal wellness technologies are increasing the frequency and ease at which individuals and their health care providers can monitor changes in their health and well-being across various domains, paving the way for more effective preventive and curative healthcare. Apple’s Health app provides a case in point and paints an exciting picture of the future of personal wellness technologies.

The Evolution of Apple Health

A Storage Base For Raw Biometric Data

In 2014, Apple released the Apple Watch, which included, among other things, a heart rate tracker. To provide users with the ability to access past heart rate measures, Apple Health was created as a way to store and retrieve unanalyzed heart rate data.

Over time, Apple Health users started using information about their heart rates from the app in unintended ways. For instance, they began looking at their heart rates while resting as opposed to after a run. Upon noticing irregularities, some of these individuals went to their doctors and discovered that they had heart issues. They were then able to treat their conditions earlier and more effectively as a result.

After learning about the novel ways in which Apple Health users were engaging in rogue biometric data analysis, Apple decided to incorporate data analysis and alerts into the Apple Health app. First, they developed alerts for short-term changes in heart rates. 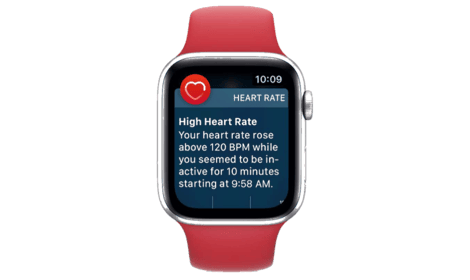 Later, they created Apple Health Trends, which allows individuals who have been using Apple Health for significant periods of time to learn about clinically significant long-term changes (e.g., whether their resting heart rate is higher now than it was a year ago).

An app that will alert you to clinically relevant information about your health that you would not otherwise have been aware of is valuable on its own. Ultimately though, this information needs to get into the hands of the right people if effective measures are to be taken. As Vice President of Apple Technology, David Lynch, notes “when you’re interacting with a doctor, they may not have a great view of your daily health. They have these little silo views of blood pressure at the time and stuff like that.” With the release of iOS 15, Apple Health will allow users to share their personal health data with doctors (and loved ones), thereby supplying health care providers with more complete pictures of the health of patients and aiding in the process of diagnosis, prevention, and treatment.

The Future Of Personal Wellness Technologies

While these developments are significant, they mark what is likely only the beginning in a long and exciting series of advancements in personal wellness technologies. These devices are likely to improve when it comes to the inferences that are made on the basis of data that is already being evaluated for other purposes and in terms of the kinds of biometric data used to extract clinically significant information.

With regards to the data that is already used (e.g., heart rate), companies are hoping to soon be able to infer the degree of stress that the user experiences. As Wellable noted in an earlier post, Microsoft has been working on developing a stress tracking and management technology that will work by combing biometric data (e.g., heart rate and blood pressure) with productivity analytics (e.g., how much time is being spent on emails) to provide users with real-time information on their stress levels and encourage them to engage in personalized stress-reducing behaviors. 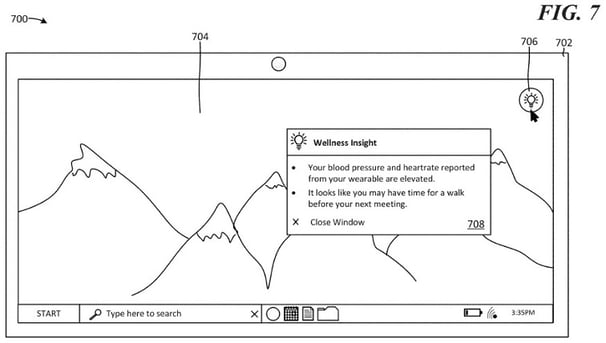 Apple has been thinking critically about the other kinds of data that might be clinically useful. David Lynch states:

Now, there’s a lot of thought that we put into ‘What are the other things that we could maybe sense about someone and let them know about?’ […] Are their new sensors that we might be able to build to get some data that could answer the questions that, clinically, we think would be really valid.

Some of these additional sensors have already been utilized. Apple has used motion-sensing data passively gathered through Apple’s iPhone sensors to provide users with a measure of how stable their gait is, which can be used to prevent falls. They are also beginning to use respiration rate measurements during sleep, which might alert users to early signs of sleep apnea. Additionally, though Apple has not voiced an explicit intent to make use of their facial recognition technology for clinical purposes, researchers claim that it could be used to detect driver fatigue and prevent car accidents, and even to detect early signs of a stroke.

How far these innovations will go and how quickly they will come is difficult to predict. However, it is clear that personal devices will play an ever-increasing role in the detection and management of our health and well-being.