Pulse Check: Is The 9-5 Workday Obsolete?

When external circumstances force an individual, group, or organization to alter the way they operate, there is often a tendency to reflect on the value of the old way of getting things done. In the case of the pandemic, this period of reflection or re-evaluation has focused most heavily on the necessity of in-person work. Though opinions vary when it comes to the appropriate balance of in-person and remote work going forward, the general consensus is that a five-day in-person workweek is no longer optimal.

Location flexibility often comes with some degree of time flexibility. As a result, there is reason not only to re-examine the necessity of in-person work but to question the utility of the 9-5 workday as well. To this end, Wellable asked the large, growing, and dedicated community of human resources and wellness professionals subscribed to the Wellable Newsletter whether the 9-5 workday is obsolete. 86% of respondents stated that it is obsolete while 14% said that it is not.

Question: Is the 9-5 workday obsolete? 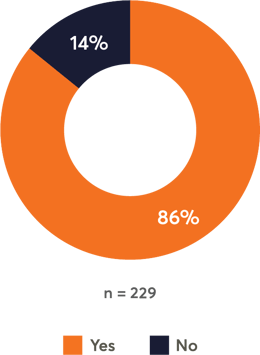 A Brief History Of The 9-5 Schedule

The 9-5 workday was introduced in 1926 by the Ford Motor Company in an attempt to reduce the more grueling schedules that had become prevalent in factory jobs at that time. Ford’s reasoning was that workers would actually be more productive if they were limited to working eight hours per day for five days a week. In 1938, the practice became standardized with the passing of the Fair Labor Standards Act in 1938.

The broader idea behind the 9-5 workday, according to which an employee’s productivity and pay is to be determined by the number of hours they work per day, was solidified in the 1950s by lawyers who introduced the concept of billable hours in order to increase their pay. This approach quickly caught on with other industries. As Jen Fisher and Anh Philips report in their book Working Better Together, this general emphasis on hours worked as a measure of productivity ultimately resulted in employees working up to 80 hours a week and taking pride in the lack of separation that existed between their home and work lives, a phenomenon known at “workism.”

There are several reasons for thinking that 9-5 schedule or the general mind-set behind it are no longer appropriate and, perhaps, never was to begin with. For one thing, some research suggests that during an eight hour workday, the average worker is only productive for around three hours. Furthermore, there appears to be no single time span during which all workers are most productive. Peak productivity depends heavily on factors like age and type of task.

Though the 9-5 workday may remain appropriate for a variety of organizations, it is clear that many are thinking about moving away from it going forward. Below are three strategies that companies can use to make a seamless, effective, and sustained shift to their work time flexibility policies (WTFPs).

Other Articles In "Pulse Check”

Pulse Check – Should Technology Be Used To Prevent Burnout?

According to the World Health Organization (WHO), burnout is characterized by “feelings of energy...

Pulse Check: How Are Organizations Responding To The Recent Uptick In COVID-19 Cases?

The pandemic forced individuals, groups, and organizations to make significant changes to the way...