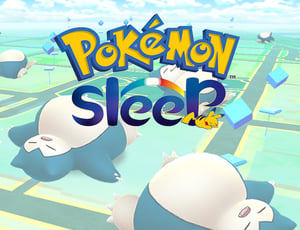 When Pokémon Go launched in July 2016, it became an instant sensation. The augmented reality video game got 28.5 million users to roam the streets, searching for Pokémon characters that could be tracked on smartphones. Although the concept was to capture Pikachu and friends, playing the game had an unintended positive consequence: it got people moving. During peak usage of Pokémon Go, regular gamers increased their exercise by 26%. Even casual gamers got moving, with researchers estimating Pokémon Go added 144 billion steps to U.S. activity. While the excitement was intense, it was short-lived, as 80% of users abandoned the app within five months.

Now, the makers of Pokémon Go want to use the same gamification strategy to help with another health issue: sleep.

More than one-third of Americans don’t get the recommended amount of sleep per night. Although anyone might not get enough sleep occasionally, there can be consequences. Lack of sleep can affect alertness and the ability to think and remember. It can also make you more susceptible to being in a car accident when driving while drowsy. Long-term, sleep deprivation can lead to high blood pressure, diabetes, stroke, and heart problems.

The new game, Pokémon Sleep, tracks quality of sleep. Although exact details of how the game will work haven’t been released, a tracking device is placed under the user’s pillow to send sleep data to the smartphone. Data on how long the user sleeps and what time they wake up will be used to change the game and provide incentives.

Will Pokémon Sleep be another sensation? Perhaps, but long-term effectiveness will depend on how motivating the game is, even a few months later. Pokémon Go and Pokémon Sleep encourage changing habits, which takes more time than we think. Contrary to the oft-heard 21 day rule for changing a habit, researchers now say it takes at least 66 days to change a behavior so that it feels natural. This was for relatively easy changes; eating fruit at lunch or running for 15 minutes a day.

People will continue to search for engaging and stimulating ways to improve their health, and apps seem to help. From 2014 to 2017, health and fitness app usage increased 330%. This indicates that users are at least initially drawn to gamification, with tracking and incentives to help them want to make the changes that are good for their health.

With that in mind, wellness initiatives, whether a Pokémon game or a corporate wellness challenge, need to recognize that to make change last, they must find ways to sustain interest and support, perhaps much longer than anticipated.

Study: The Perfect Exercise Program Exists, But It’s Different For Everyone