Companies are looking at ways to improve overall employee wellness but never has this initiative been taken on by an entire country. That’s what is happening in New Zealand, whose government has added social outcome goals along with traditional economic metrics to measure the country’s success. 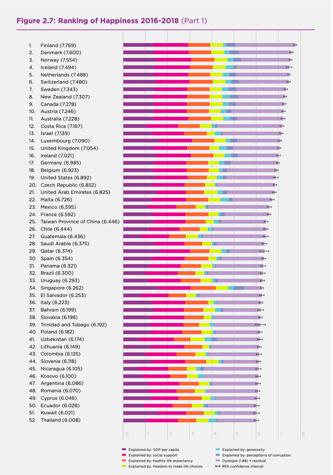 The government has determined that budget priorities will be based on the goals of community, cultural connection, and equity in well-being across generations. While spending for schools, roads, and other core areas will not change, new budget allocations in New Zealand must now fit into one of five categories: (i) reducing child poverty, (ii) improving mental health, (iii) addressing inequalities faced by indigenous people, (iv) thriving in a digital age, and (v) transitioning to a low-emission, sustainable economy.

About $1.25 billion will be spent on mental health, $200 million on services for victims of domestic and sexual violence, and $656 million to help vulnerable children.

Although New Zealand is the first country to establish a “well-being budget,” it is among a growing number of countries that are considering their citizens’ happiness as an important measure of progress. Bhutan, France, United Kingdom, and Ecuador are other countries that are trying to determine how the government can help citizens be more satisfied with their lives.

The plan has its critics. Political opponents say the emphasis on social issues is just branding and doesn’t address potential economic slowdowns. In response, New Zealand’s finance minister says that although the country’s “rockstar” economy is expected to grow 2.5% in 2019 and 2.9% in 2020, some people were still being left behind in the economic gains. Despite New Zealand being named the 8th happiest country in the world, according to the World Happiness Report, some people aren’t so happy. The finance minister said that increases in homelessness, suicide rates, and food aid grants were some of the areas that demonstrated certain demographics were being overlooked.

Wellness obviously has benefits for employees, but businesses benefit too. The value-on-investment (VOI) perspective looks at the benefits a company gains from programs and activities promoting a healthy lifestyle. Increased productivity, easier recruitment, better retention, improved employee health, and increased satisfaction are outcomes that ultimately boost the company’s bottom line.