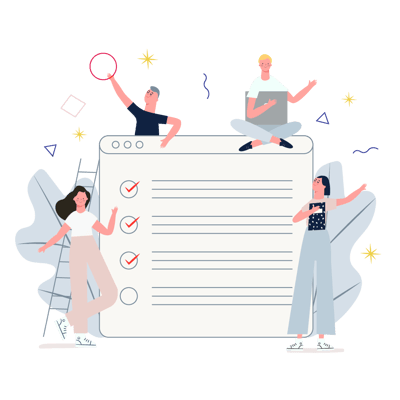 When deciding whether to hire a job candidate, employers often rely on more than background, experience, and skillsets. They also try to assess the job seeker's personality to identify cultural adds and gain insight into a candidate's work style.

When evaluating a potential hire's personality, businesses often utilize what is known as the five-factor model (FFM), which breaks personality down into five dimensions: (i) openness to experience, (ii) extraversion, (iii) agreeableness, (iv) conscientiousness, and (v) emotional stability.

These traits or personality dimensions are associated with a broader range of characteristics that organizations can use to determine whether an individual will be successful in a given role. For instance, a low score on the emotional stability factor may indicate that a candidate is prone to experience dramatic shifts in mood and struggle to bounce back after stressful events.

In the thick of the Great Resignation, personality tests have become more important than ever. Employers need to determine if new hires will work well on a team, display resilience in the face of stressors, or be prone to jump ship. Despite their undeniable utility, the “Big Five” personality tests have several limitations that organizations must be aware of in order to avoid overestimating their predictive value or undermining efforts to create a diverse and inclusive workplace.

Other Articles In "Featured”

Pulse Check: 20% Of Employees Not Connected To Their Organization’s Purpose

Organizations are increasingly focused on carefully crafting or defining their purpose or...

Taking Afternoons Off And Working Again In The Evening: Are Split Shifts The Next New Work Arrangement?

As has been well discussed, the pandemic led many organizations to consider alternative work...