Study Suggests People Underestimate How Much They Eat

For decades, policy analysts in developed countries have been trying to determine why waistlines in their country continue to grow.  In the United Kingdom, many believe that physical inactivity, not unhealthy diets, are the primary culprit.  According to the Living Costs and Food Survey (LCFS), a long-running study that tracks shopping in the United Kingdom, average daily calorie purchases fell from 2,534 in 1974 to 2,192 in 2013.  Another official survey based on reported food consumption found a similar pattern.  These surveys led to the widely held belief that sloth, not gluttony, is the reason for obesity in the country. 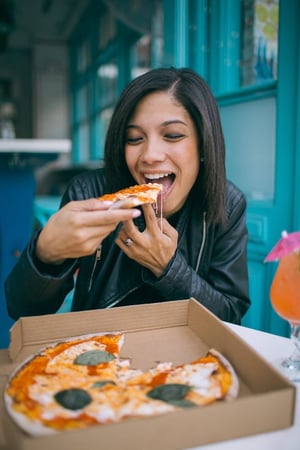 A report from the Behavioural Insights Team, a research group spun out of government, rejects this idea.  The researchers compared LCFS data with those from other sources: a private survey and measures of actual calorie consumption.  The comparison suggests that the participants in the LCFS are dramatically under-reporting their intakes.  The authors estimate that England consumes 30% to 50% more calories than declared in the LCFS.  The researchers also argue that if the daily calorie purchases did actually decrease in the last 40 years, it would need to have been akin to every adult jogging for 56 minutes less per day than in the 1970s, which is unlikely.

There are two reasons why people may have underreported their calorie consumption.  The first rationale is that this data is difficult to track, especially with snacking and eating out becoming more common.  The second rationale is that people who say they want to lose weight are more likely to underestimate how much they eat, and since overweight people are more likely to say they want to lose weight, the rise of obesity has led to a growing tendency to underreport.

This should lead one to think about self-reported data in the context of wellness programs.  Specifically, health risk assessments (HRAs) still remain popular with employer groups and health plans as a way to measure risk within a population and provide feedback to the respondent of the questionnaire.  One of the many problems with HRAs is that it relies heavily on self-reported data, and since HRAs rely on this data to provide actionable intelligence, they are victims to the limitations of self-reporting.  Similar to the LCFS challenges, many questions ask for information that respondents may not know because they are difficult to track.  Also, respondents may have a tendency to misreport.  For example, HRAs are victims of the Hawthorne effect, which is a type of reactivity in which individuals alter their behavior (most often in the direction they suspect the observers want them to) because they know they are being observed.  In the case of HRAs, employees respond to questions knowing that they are being measured on their health and want to reflect a more positive health status.  This also appears in HRAs where populations gradually improve their health over time (from HRA to HRA) because they are trying to show that their health is improving.

The study in the United Kingdom is not surprising but is interesting for those individuals in the wellness profession.  It is a reminder of the challenges employers still live with today based on practices of the past.  Employers should keep this in mind when making decisions based on results from their HRAs.

Vaccine Incentives And Accommodations: A Review Of The EEOC’s Updated Guidelines