The past couple of weeks have been full of new reports and surveys with lots of market data on the state of the wearable device movement.  Below are some of our favorite statistics.

Wearable Device Shipments Up 67%
According to the latest IDC report, wearable tracking device shipments reached 19.7 million units in Q1 2016, up 67% year-over-year from 11.8 million units in Q1 2015.  Two areas where the market showed continued growth are smart watches and basic wearables, which are devices that don’t run third party applications.  Fitbit continues to dominate, and Xiaomi replaced Apple as the runner up in market share.  Although growth has slowed, more and more employees are getting access to these devices.

Parents Are More Likely To Own Wearables
PwC’s latest report looks at consumer attitudes and behaviors around wearables and discovered one group that is significantly more likely to own wearables: parents.  49% of parents with a child at home own multiple wearable devices, compared to just 24% of non-parents.  Furthermore, 20% of parents sought out a wearable device for health-related reasons, whereas nonparents were most likely to get their first wearable as a gift.

67% Of Consumers Expect Employers To Pay For Wearable Device
The PwC report also found that two in three consumers want their company to pay for their wearable device because they feel it will increase efficiency (49% of respondents) and they expect their company to adopt the latest technology (37% of respondents).  Even more millennials (71%) and males (70%) think employers should pay for these devices.  This may be a very interesting statistic for employers full of millennial males. 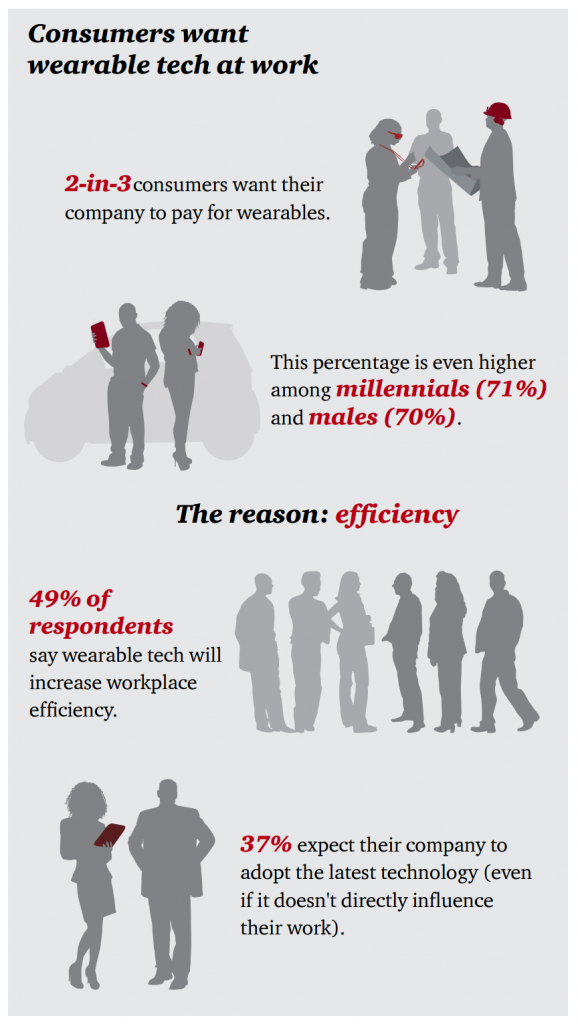 Vaccine Hesitancy: A Call For Employers To Help

Re-Envisioning The Office For A Post-Pandemic World