The International Consumer Electronics Show (CES) officially launches tomorrow, but companies were quick to announce the product launches early on the show room floor.  As one would expect, many wearable device manufacturers announced new products.  Below are a few highlights from some of the major players in the employee wellness space. 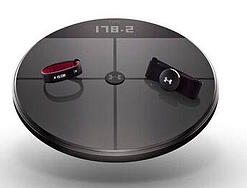 Under Armour HealthBox
Don’t be fooled by the name.  This is not a cube shaped contraption.  Rather, Under Armour’s HealthBox is a suite of three health devices that are sold together.  The HealthBox is a package consisting of three devices.  UA Band is wrist-worn activity tracker designed for athletes, UA Heart Rate is a chest strap heart monitor to measure workout intensity and estimate calories burned, and UA Scale is a WiFi weight scale that also measures body fat percentage.  Together, they all sync with the UA Record app.  This is Under Armour’s first set of wearable devices.  They have previously been known for their purchases of three major consumer wellness apps: MapMyFitness, MyFitnessPal, and Endomondo.  The devices cater to a narrow segment of the market – athletes, which may explain why the devices of HealthBox cannot be purchase a la carte.

Fitbit Blaze
Fitbit officially tells the Apple Watch to move over with the Blaze.  Unlike Surge, Fitbit’s other fitness tracking device with a screen, Blaze has a color display and offers on-screen workouts, powered by FitStar, a company Fitbit acquired last year.  Similar to Surge, the device also provides users with workout summaries, call and text notification, and music control.  Blaze has a five day battery life as well as uses GPS to track runs, offers continuous heart rate monitoring, and keeps tabs on sleep.  With a $200 price tag, it may give more expensive smartwatch alternatives a run for their money. 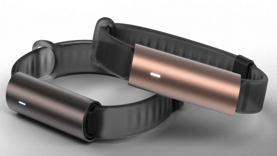 Misfit Ray
Misfit has unveiled a new activity tracking device that is cylindrical in shape instead of its traditional round.  This is the first device the company has launched since Fossil acquired Misfit late last year.  This device has all the features one would expect with a traditional tracker plus the non-fitness ones that Misfit uses to add utility to their devices, such as the ability to change music, turn on lights, and do other smart home-related activities.  Misfit believes that trackers need to be fashionable and well-designed to get people to keep wearing them so they made sure everyone knows that Ray can be worn as a bracelet or a necklace.

Stay tuned for more exciting news and product launches at CES in the coming days.  They may impact your wellness program more than you think.