According to an analysis by Slice Intelligence, Fitbit sales were not significantly impacted by the launch of the Apple Watch in April.  With 68% market share, Fitbit saw a resurgence of sales with the January launch of its Charge HR, a device that added a heart-rate monitor and sleep tracking capabilities to Fitbit, and took market share from competitors. 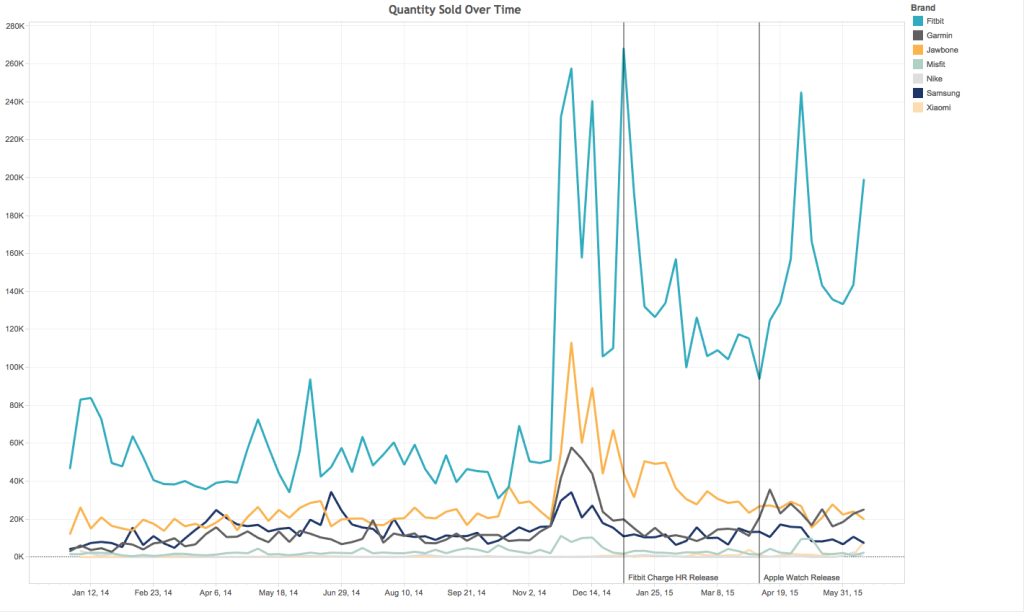 The analysis also found that the majority of Fitbit sales online are coming from Fitbit.com.  This indicates that consumers are seeking the device out specifically versus buying it on a site where they might be researching other options.

Slice Intelligence aggregates data from online e-receipts.  The company says it collects data from a panel of more than 2.5 million online shoppers.

Despite Fitbit’s continued dominance in the activity tracker market, 32% of consumers choose another brand to support their tracking needs.  Employers looking for cost effective solutions should embrace what consumers are currently gravitating towards, which includes Fitbit as well as other devices.  The 32% of consumers that represent the non-Fitbit cohort cannot be ignored if corporate wellness programs want to maximize engagement, which is why Wellable encourages the implementation of a bring your own device (BYOD) strategy for wellness.  A BYOD strategy for wellness allows employers to embrace all forms of wellness technologies, including devices and apps that are not Fitbit.  Download our free white paper for more information on BYOD for wellness.