Connecting The Dots Between Wellness and Mental Health 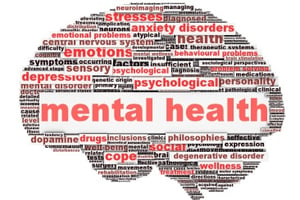 Depression and other mental health issues cannot be completely cured by physical activity and proper nutrition, but embracing a wellness program that engages the vast majority of your employees in their health is a great place to start.

Survey: Many Employees Satisfied With Benefits, But Room For Improvement Remains

Workplace benefits have come a long way in recent years to support employees in ways that,...

Recent data from a survey performed by Voya Financial indicates that over a third (35%) of...

Many articles, including ones on this blog, have touted the benefits of employee retention. For...

The arrival of the new year means the release of Wellable’s 2021 Employee Wellness Industry Trends...

An estimated one in five Americans currently owns a smartwatch of some kind. Many users wear these...

Every two years, Anthem publishes their Integrated Health Care Report, which explores how...

A new study published in JAMA Network Open looks at what spouses have in common when it comes to...

The narrative that COVID-19 accelerated existing trends in the workplace, such as adoption of...

Community Well-Being Rankings By State (US)

Boston University School of Public Health (BUSPH) and Sharecare released a set of three indices to...